What is Unani System of Medicine

Unani system of Medicine owes its origin to Greece.

Unani medicineis ancient Greek medicinethat has evolved within the Muslim world for the past 13 centuries (Unani is an Arabic spelling of Ionian, meaning Greek). Greek medicine, greatly simplified for presentation here, was based on the concept of balancing body humors.

In India, Unani system of Medicine was introduced by Arabs and soon it took firm roots in the soil.
When Mongols ravaged Persian and Central Asian cities like Shiraz, Tabrez and Galan, scholars and Physicians of Unani Medicine fled to India.
The Delhi Sultan, the Khiljis, the Tughlaqs and the Mughal Emperors provided state patronage to the scholars and even enrolled some as state employees and court physicians.
During the 13th and 17th Century Unani Medicine had its hey-day in India. Among those who made valuable contributions to this system into period where Abu Bakr Bin Ali Usman Ksahani, Sadruddin Damashqui, Bahwa bin Khwas khan, Ali Geelani, Akbal Arzani and Mohammad Hashim Alvi Khan etc

It was the Greek philosopher – Physician Hippocrates (460-377 BC) who freed Medicine from the realm of superstition and magic, and gave it the status of Science.

The theoretical framework of Unani Medicine is based on the teachings of Hippocrates.

After a number of other Greek Scholars enriched the system considerably.. 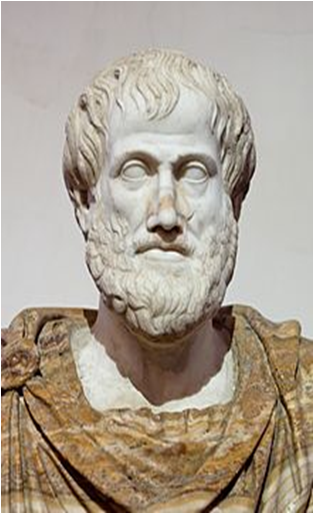 He was a Greek philosopher and scientist born in the city of Stagira, Chalkidice, on the northern periphery of Classical Greece.

At eighteen, he joined Plato’s Academy in Athens and remained there until the age of thirty-seven. 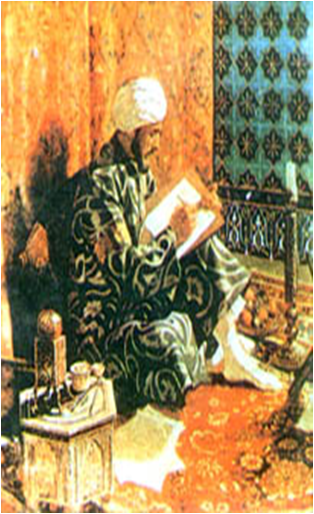 Avicenna” is the Latinate form of Ibn Sīnā.

For the mountain peak known by this name, see Ibn Sīnā Peak.

His most famous works are The Book of Healing a philosophical and scientific  encyclopedia and The Canon of Medicine– a medical encyclopedia which became a standard medical text at many medieval universities and remained in use as late as 1650.

In 1973, Avicenna’s Canon Of Medicinewas reprinted in New York

Avicenna authored a five-volume medical encyclopedia: The Canon of Medicine(Al-Qanun fi’t-Tibb). It was used as a medical textbook in the Islamic world and Europe up to the 18th century. The Canonstill plays an important role in Unani medicine. 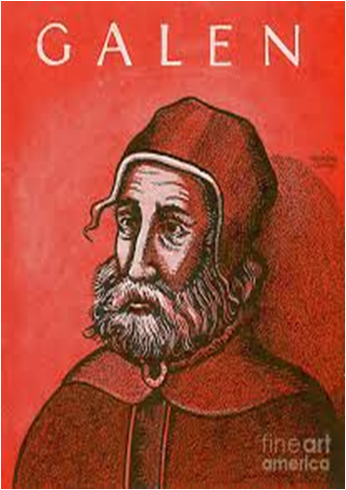 Galenand better known as Galen of Pergamon  was a prominent Greek physician, surgeon and philosopher in the Roman empire.

Galen influenced the development of various scientific disciplines, including anatomy, physiology, pathology, pharmacology and neurology, as well as philosophy and logic.

Galen’s understanding of anatomy and medicine was principally influenced by the then-current theory of humorism(also known as the four humors – Black bile, yellow bile, blood, and phlegm), as advanced by ancient Greek physicians such as Hippocrates. 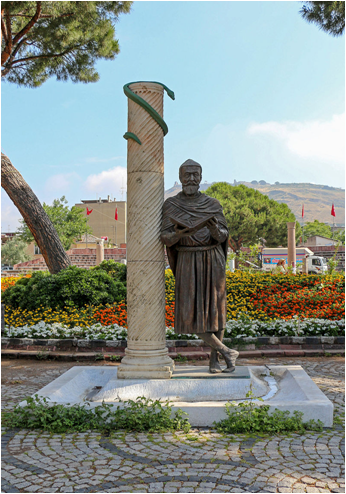 His theories dominated and influenced Western medical science for more than 1,300 years. His anatomical reports, based mainly on dissection of monkeys, especially the Barbary Macaque, and pigs, remained uncontested until 1543, when printed descriptions and illustrations of human dissections were published in the seminal work De humani corporis fabricaby Andreas Vesalius where Galen’s physiological theory was accommodated to these new observations.

Medical students continued to study Galen’s writings until well into the 19th century. Galen conducted many nerve ligation experiments that supported the theory, which is still accepted today, that the brain controls all the motions of the muscles by means of the cranial and peripheral nervous systems.

was a Persian Christian physician, from Gorgan, east of the Caspian Sea, in Iran.

He was the teacher of Avicenna.

Which is one of the earliest Arabic works of its kind and may have been in some respects the model of Avicenna’s Qanun.

He wrote other treatises on measles, on the plague, on the pulse, etc.

Firdous al-Hikmah(“Paradise of Wisdom”), which he wrote in Arabic called also Al-Kunnashwas a system of medicine in seven parts.

Firdous al-Hikmahis one of the oldest encyclopedias of Islamic medicine, based on Syriac translations of Greek sources (Hippocrates, Galen Dioscorides, and others).

It is divided into 7 sections and 30 parts, with 360 chapters in total He also translated it into Syriac, to give it wider usefulness.

a work on the proper use of food, drink, and medicines.

Kitab al-Ruqa(“Book of Magic or Amulets”)

Muslim hakim,scholar, physician and psychologist, who produced one of the first encyclopedia of medicine.

His stature, however, was eclipsed by his more famous pupil, Muhammad ibn Zakarīya Rāzi(“Rhazes”). 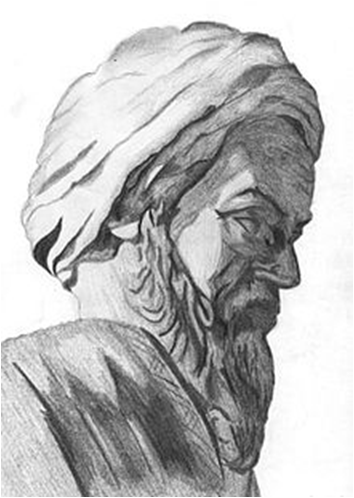 He is a Persian , polymath, physician,alchemis and chemist, philosopher and important figure in the history of medicine.

A comprehensive thinker, Razi made fundamental and enduring contributions to various fields of science, which he recorded in over 200 manuscripts, and is particularly remembered for numerous advances in medicine through his observations and discoveries.

An early proponent of experimental medicine, he became a successful doctor; he was appointed a court physician, and served as chief physician of Baghdad and Rey hospitals.

He is the father of pediatrics, and a pioneer of ophthalmology.

Razi wrote a pioneering book about smallpox and measles providing clinical characterization of the diseases.

Some volumes of his work Al-Mansuri, namely “On Surgery” and “A General Book on Therapy”, became part of the medical curriculum in Western universities. Edward Granville Browne considers him as “probably the greatest and most original of all the physicians, and one of the most prolific as an author 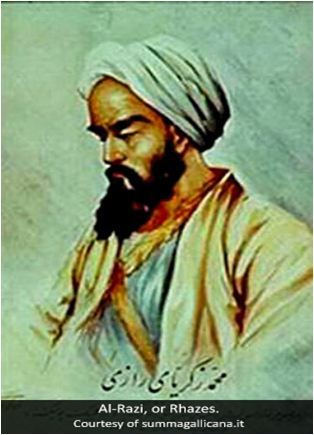 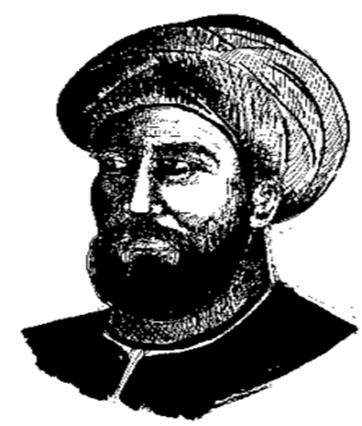 Arab  Muslim physician and surgeon who lived in Al-Andalus.

He is considered the greatest medieval surgeon to have appeared from the Islamic World, and has been described as the father of surgery.

His pioneering contributions to the field of surgical procedures and instruments had an enormous impact in the East and West well into the modern period, where some of his discoveries are still applied in medicine to this day. 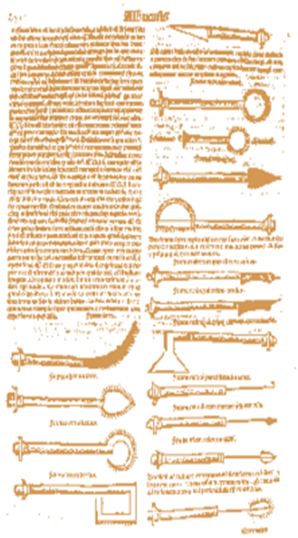 It completed in the year 1000, covered a broad range of medical topics, including dentistry and childbirth.

In it he also wrote of the importance of a positive doctor-patient relationship and wrote affectionately of his students, whom he referred to as “my children”.

He encouraged the close observation of individual cases in order to make the most accurate diagnosis and the best possible treatment.

Al-Tasrif was later translated into Latin by Gerard of Cremona in the 12th century, and illustrated

He was born in a small town near Damascus called Qarsh.

He is considered as the Father of Circulatory Physiology.

In 1236 AD he moved to Egypt, worked in Almansouri Hospitaland became the chief of physicians and the Sultan’s personal physician there.

He wrote many books in medicine but his most famous book was Sharah al Tashreeh al Qanoon(Commentary on anatomy of the Canon of Avicenna).

This book was forgotten until 1924 when an Egyptian physician, Dr M. Altatawi discovered manuscript No.62243 titled “Commentary on the anatomy of the Canon of Avicenna” in the Prussian state Library in Berlin, Germany.

This book contains the first description of the pulmonary circulation.

Blood from the right chamber of the heart to the left chamber does not come through direct pathway.

The interventicular septum does not have visible or invisible pores.

Ajmal Khan(or HakimAjmal Khan) (1868–1927) was an Indian physician specialising in the field of South Asian traditional Unanimedicine as well as a Muslim Nationalist, politician and freedom fighter. Through his founding of the Tibbia College in Delhi, he is credited with the revival of Unani medicine in early 20th century India. A close associate of Gandhi, he participated in the Non-co-operation movement (Satyagraha), led the Khilafat Movement, and became the fifth Muslim[citation needed] President of the Indian National Congress during the 1921 session held in Ahmedabad, Gujarat.[3]

Hakim Ajmal Khan was one of the founders of the Jamia Millia IslamiaUniversity, becoming its first chancellor in 1920 and remaining in office until his death in 1927.[4]